Our last blog post was about expanding the hobby beyond blank fire battles and the inherent problems with only focusing on “trigger time.” Now, we will go much deeper. 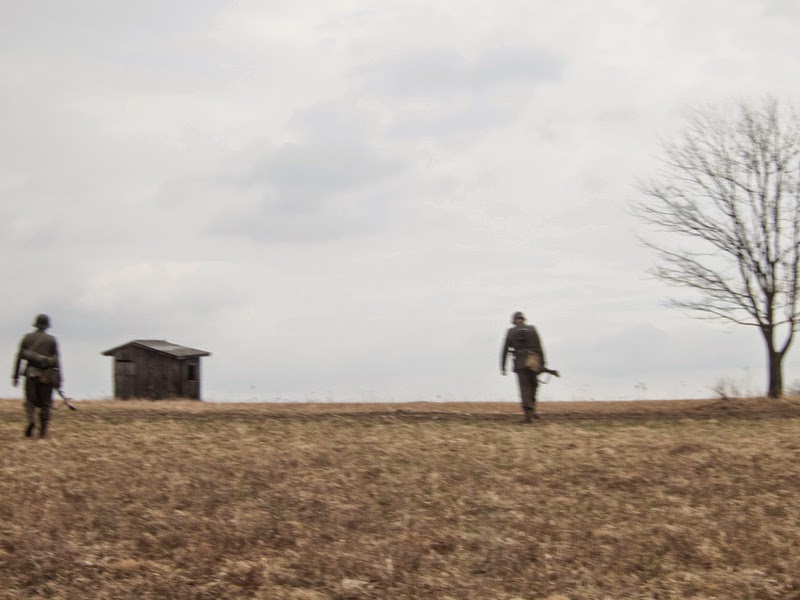 Years ago some friends and I came up with a way to make immersion events more realistic. We devised an idea to create a defined area, a “zone”, in which nothing after 1945 was permitted, including conversation. Discussion topics were limited to things soldiers might have discussed in WWII. If you were “in the zone,” ONLY period-based things were allowed. People who wanted to talk about the hobby, or TV shows, or who wanted to pull out something anachronistic, had to step away. At first, it was challenging. But with time, we were able to hone this skill. It became possible to exist in a simulated wartime atmosphere for hours at a time, within our “zone.”

One thing we quickly learned was that some settings or events were more conducive to our zone than others. It was the same with people. Some were more adept at getting into the necessary mindset, sticking with it, and helping others get there, too. We called these places and people “zoney.”

Over time, we have come to a different understanding of “zone.” We no longer narrowly define it as just a physical area where modern talk and items are barred. We have come to realize that zone happens in the mind. It requires not only a solid foundation in period historical knowledge, but also imagination, including the ability to look at something absurd, or anachronistic, and be able to work it in to a period mindset. Zone, for us, is both the non-tangible, theoretical metaphysics of reenacting, and the hard, existential aspect of things that exist in the world. It is both mental and physical. If he chooses to do so, one person, alone, in nearly any setting, can put himself in the zone. Zoniness is a word we use that describes those intangible aspects of a person, place or thing that make it suitable for creating a feeling of, “this is what it may have been like.” Often zoniness is a subjective evaluation, a quality impossible to measure or quantify. It is entirely separate from the concept of authenticity. A brand-new reproduction bread bag, for example, can be a totally authentic thing from a material culture standpoint. However, a well-used post-war bread bag, showing age and use, with repairs and obvious traces of wear, may be a more zoney thing, even if it is objectively less authentic than a reproduction, due to some minor and easily overlooked construction feature. Zoney items evoke an emotion, a feel. A zoney item, if it could talk, would tell a story about the war. Further, such items allow us to become part of that story. 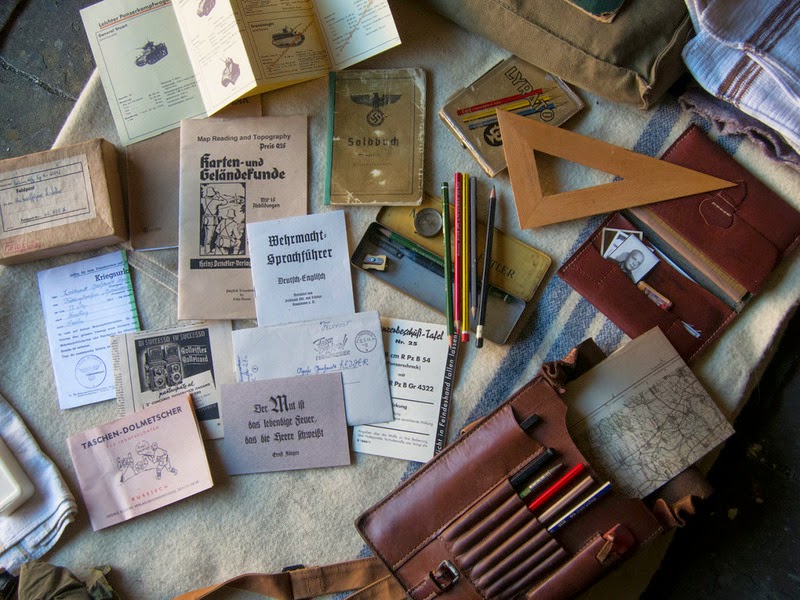 In Sicherungs Regiment 195 we believe that reenacting is mostly a mental and cerebral experience. The uniforms, field gear, food, camp setting, etc. are all simply “props” to aid entering a conceptual realm conducive to a period-based mindset and/or historical-based experience. Zoniness is what we strive for at events. A grassy meadow, a stream at the base of a hill, a dilapidated old barn, an abandoned stretch of railroad track- these are zoney places. Pocket trash, wartime-type rations and carefully-chosen personal items are zoney things. Someone could be wearing all original gear, but if he cannot get in the mindset, and speak and act like the historical character he is portraying- he is zoneless. That is not a zoney dude. His uniform and field gear might be really zoney, but not him. In contrast, 3 people in modern clothes, sitting in a Taco Bell, could have a really zoney period discussion. Rain on the evening before a D-Day event is zoney. Modern conversation topics, period objects used in a non-period manner, and general farb, are not.

There is more to reenacting than putting on a uniform and shooting blanks at people. This is reenacting 101. It’s how you get introduced to the hobby. It’s the lowest common denominator. Many never grow out of this stage. Others go far beyond it…

See you in the Zone. 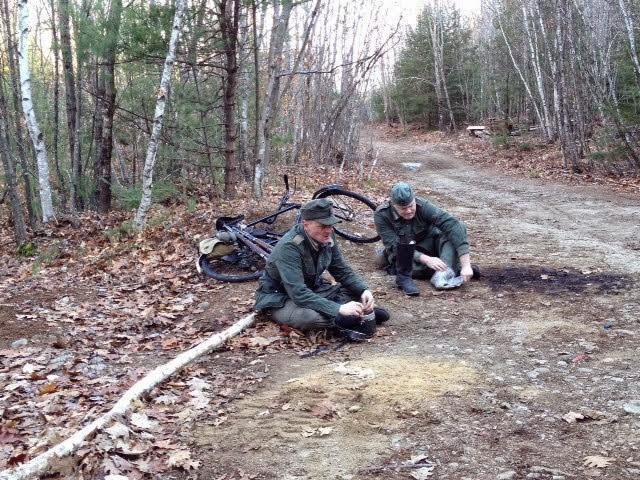