One of the tools we use to learn about Sicherung troops in the Wehrmacht is original Soldbücher and other paperwork related to these kinds of units. The Soldbuch and Wehrpass offer some useful (though limited) information about what a soldier was issued and his training. Such documents for soldiers who served in Sicherung units, although not rare, are relatively difficult to find. There were fewer soldiers serving in these types of units than Infanterie and Artillerie units, etc.

As hard as it is to find documents related to Sicherung units, it is far harder to find wartime paperwork for any one specific unit. For that reason, we were really pleased recently to find this Soldbuch for a soldier who served in the Regiment we seek to portray!

Friedrich Hanselmann was born in 1902 in the Bavarian village of Eichfeld, near Würzburg. He was married and worked as a farmer, living in the town where he was born. He joined the Wehrmacht in January of 1941, when he was 38 years old. He served for 3 months in Inf. Ers. Btn. 302 in Weiden, an infantry training and replacement unit. After about 8 weeks of training he was transferred to Landesschützen-Btl. 845. This unit was tasked with occupation duties in France. While serving with this unit, Hanselmann was promoted twice in 1942: to Oberschütze in April, then to Gefreiter in August. At the beginning of October, 1942, Hanselmann’s Kompanie became part of Landesschützen-Btl. 849, stationed in southern France. In January 1943 the unit was moved to the medieval walled town of Dinan. In February 1943, this unit was redesignated as the II. Bataillon of Sicherungs-Regiment 195, still stationed in Dinan. In September of 1943, Hanselmann got his final rank promotion, to Obergefreiter.

An entry dated from June of 1943 lists the items issued to Hanselmann in Sich. Rgt. 195 as follows:

Hanselmann went on leave for relaxation several times: in August and again in November, 1941; April 1942; March 1943; April 1944. As a farmer from a small village, he also had one working leave each year where he was allowed to return home to tend to needs at the farm.

The last entries in the book are immunizations given on June 2, 1944. 4 days later, the Anglo-American invasion force arrived in France. Sicherungs-Regiment 195 eventually was sent into combat in Normandy. On August 15-18, 1944, the Regiment participated in the fighting at Chartres, France, as part of Kampfgruppe Garbsch. The unit must have suffered heavy losses; by the end of September, Hanselmann’s unit was officially listed as having been destroyed.

Inside the book are some notes made by Hanselmann himself while in a French POW camp. It is likely that Hanselmann was captured in August, 1944. There is also a small document tucked in the book from his time as a POW, dated November 1946. He must have been in captivity for years.

Here are some images from this original historical document. First, Hanselmann’s ID photo, showing white-piped shoulder straps as worn by soldiers in a variety of service branches including Sicherung and Landesschützen units. 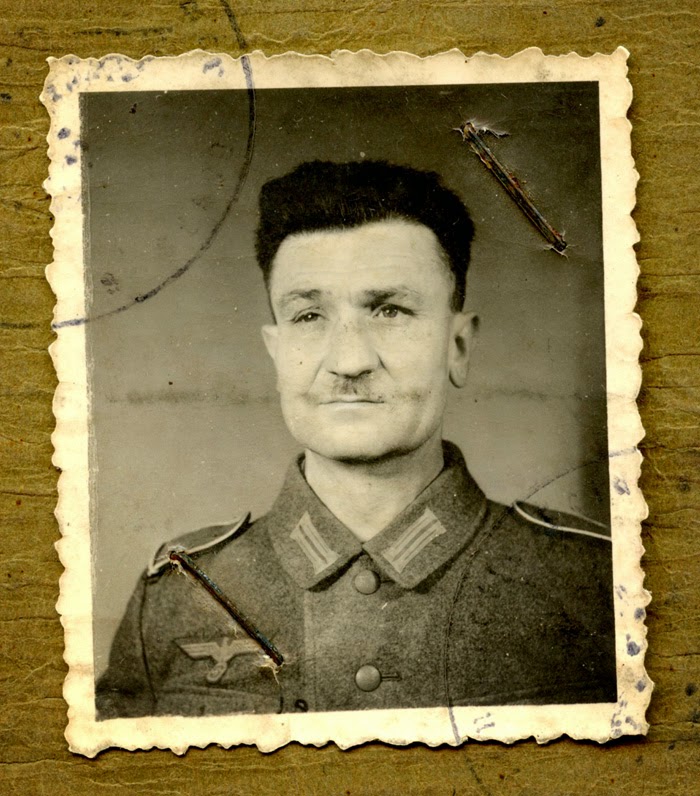 Inside cover and page 1. 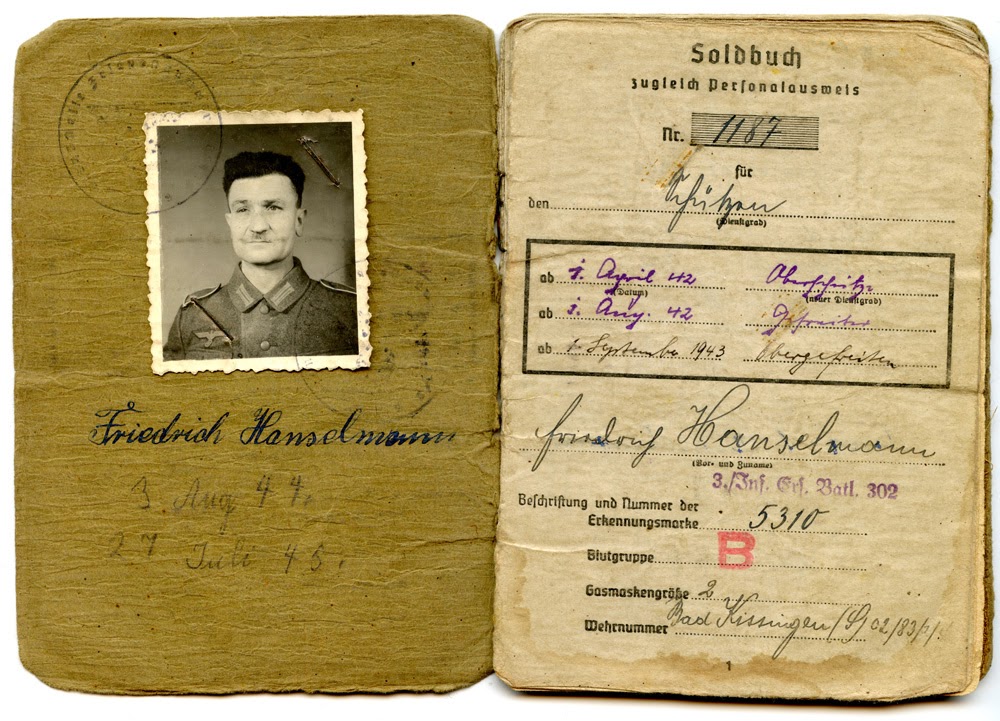 Page 4 lists the units Hanselmann served with. Sicherungs-Regiment 195 was his final duty station.

Here, the French rifle and bayonet issued in 1942 were duly noted. 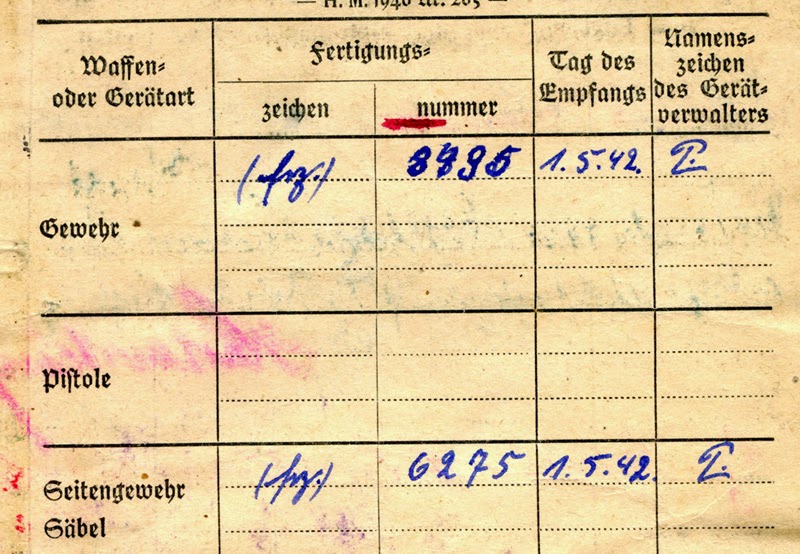 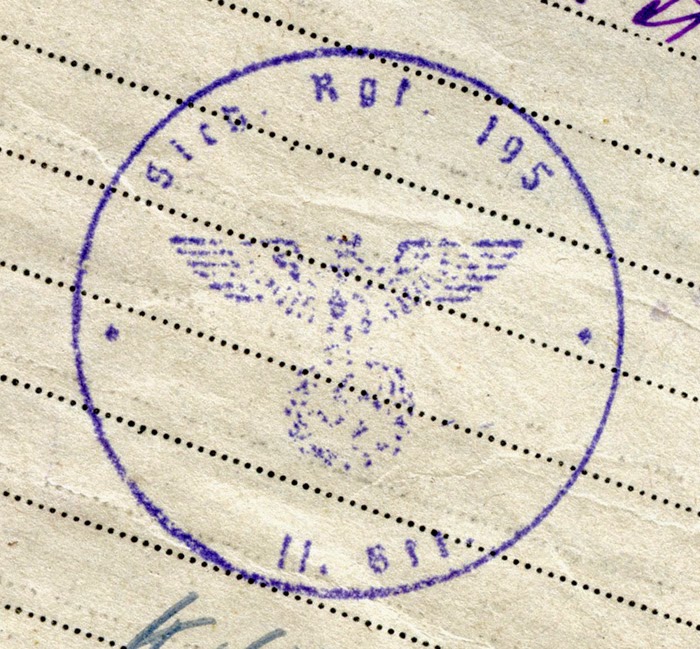 To see scans of every page in this book with entries, check out our web site.