A small sample of original WWII German Army enlisted issue uniform jackets was examined to assess what kind of small buttons were applied at the factory. M36, M40, M42 and M43 jackets were examined, as well as one factory converted Dutch reissued field blouse.

M36, M40, M42 and M43 field blouses each had ten small buttons in addition to the larger pebbled metal front placket and pocket closure buttons. These small buttons measured approximately 14 mm in diameter. Five were used in the collar to affix the collar bind, one closed the internal bandage pocket, and two were used to secure each cuff closure. The following types of buttons were observed in this small sample.

Horn
Horn buttons were the most common in this small sample. Here are two on an M36 field blouse. These buttons vary in color from a pale gray to nearly black, sometimes (as here) on the same garment. 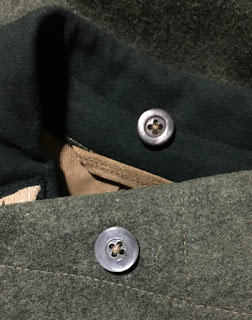 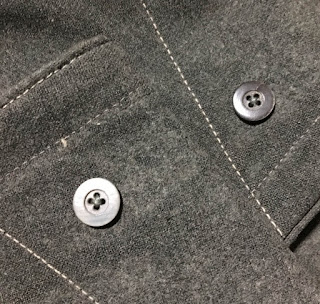 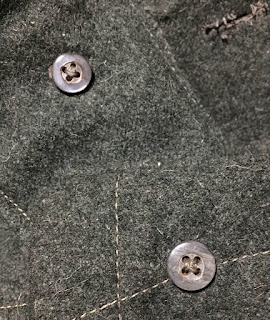 Glass
Glass buttons were observed in this sample on M42 and M43 field blouses. 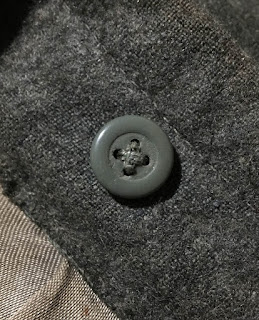 This was on an M43. A different color shade. 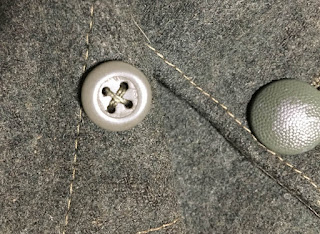 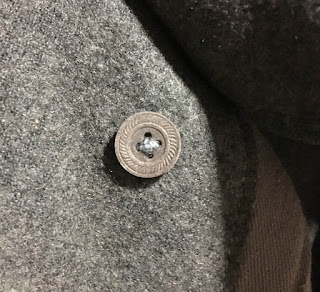 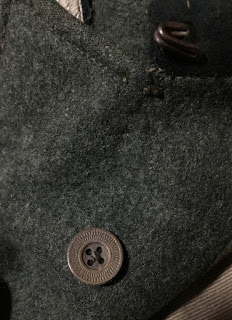 Plastic
Gray and black buttons made of an apparently synthetic material that appears to be similar to modern plastic were also found. This is an M43 jacket made in 1944. 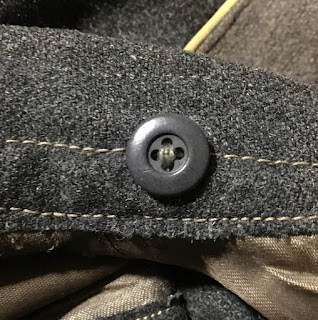 Black plastic button on the converted Dutch jacket. The collar and buttons were added for Wehrmacht issue. 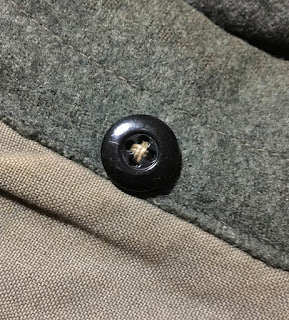 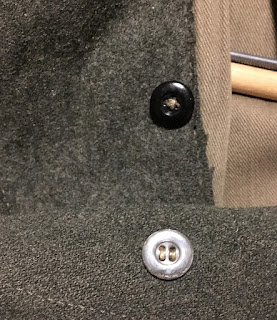 This M43 field blouse made in 1944 has glossy black buttons that appear to be some painted synthetic material. 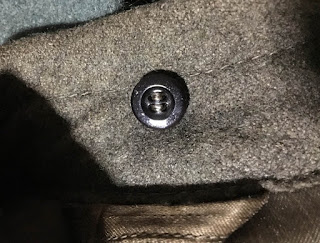 Most of the buttons examined that appeared to be factory sewn had been hand stitched with field gray or taupe colored thread.