A schematic drawing of a trench line. In the illustration at top, the camouflage has been removed. 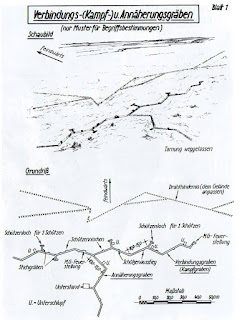 Trench features. 1: A trench in which one must crawl. 2: A connecting trench. 3: A niche for a rifleman. 4: A niche for ammunition. 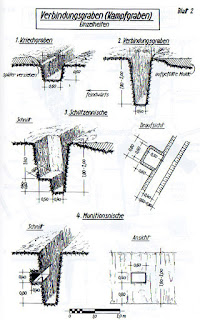 Shelter made of wooden boards, for 6 men sitting or 3 men lying down. 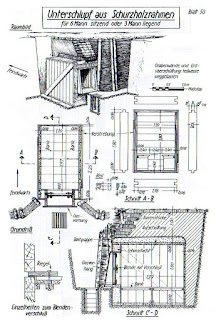 Observation position, also made of boards. 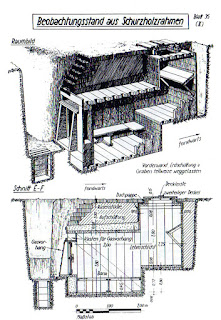 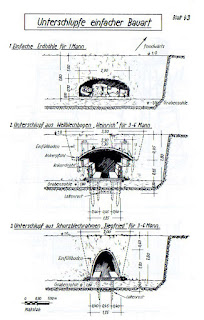 More simple shelters. 4: Position made of 8 cm diameter logs, for 2-3 men. 5: Position made of flat corrugated sheet metal or logs, showing 3 stages of construction. The work had to begin at night, the later stages could be worked on also during the day. 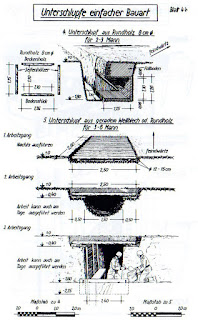 Shelter made of wood with a corrugated metal roof, for 3 men lying down, or 6 men sitting. 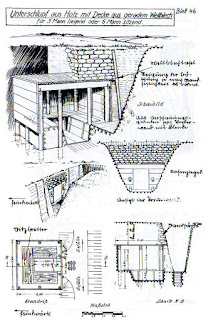 A larger version of the “Siegfried” shelter made from sheet metal frames. 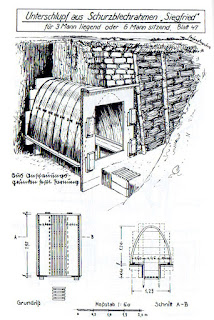 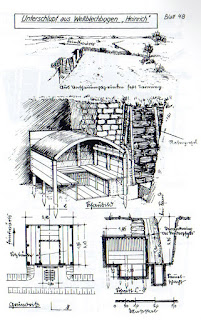 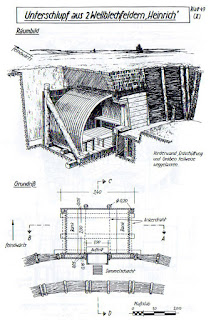 A Schützenloch (what in the US military might have been called a “foxhole”) for two riflemen. 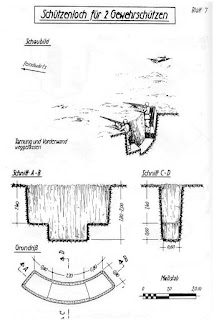 Schützenloch for a light machine gun, such as an MG34 or MG42. 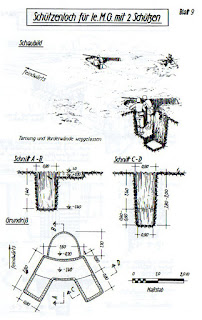 Another diagram showing an MG position, also for a gunner in a standing position. 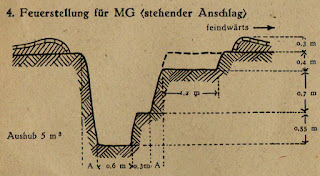 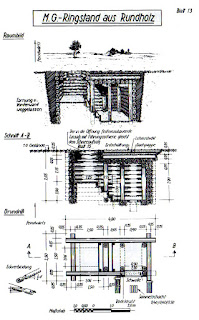 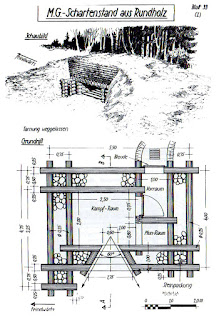 Details of the above bunker. 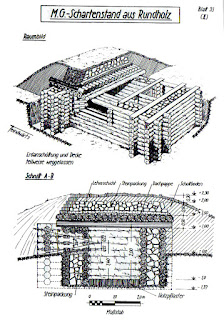 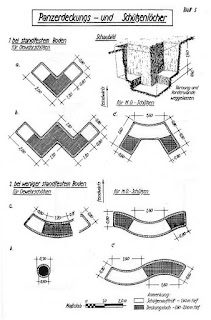 This table lists 12 kinds of field fortifications. For each type, it is indicated how many cubic meters of earth had to be moved, how many men each would take to build, how many hours each would take, and what tools were needed. For the more complicated positions, it also lists what building materials were required. The chart at upper right indicates how many cubic meters of earth one man could move in an hour, depending on how hard or soft the ground was. A man could move more earth in one hour than what he could move per hour if working for hours. 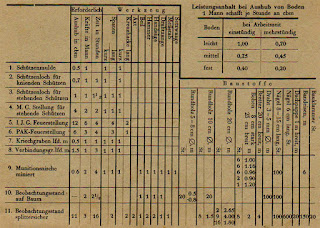 An illustration of dummy positions that were to act as decoys. I have added a translation to this original illustration. 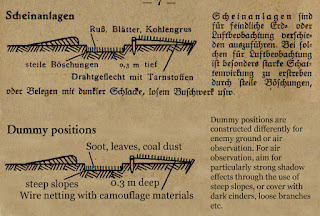