The Wehrmacht-isse “Zeltbahn” shelter quarter was issued as part of a set of gear called Zeltausrüstung- tent equipment. According to the German military regulation HDv 205/1, the Zeltausrüstung consisted of one Zeltbahn 31, one Zeltleine 92 (tent rope), one Zeltstock 01 (tent pole) and 2 Zeltpflöcken 29 (tent stakes). Many collectors and reenactors today want to have 3 of each of these but that is not how these were issued and it makes little sense as it takes 4 poles and a minimum of 4 stakes to erect a tent.
Notice that the Zeltausrüstung does not include a bag for the pole and stake. The 1895-pattern Tornister as used in WWI and then through the 1930s by civil, political and paramilitary organizations did have a bag for tent accessories that strapped into two loops inside the pack. WWII-issue packs did not have these loops inside and did not include a tent accessory bag, these were not general issue items in the Wehrmacht. Presumably it was not considered necessary to issue a bag for the purposes of holding the rope, 1 pole and 2 stakes.
Here are some original examples of the Wehrmacht-issue Zeltstock 01 tent pole, from a member’s collection. 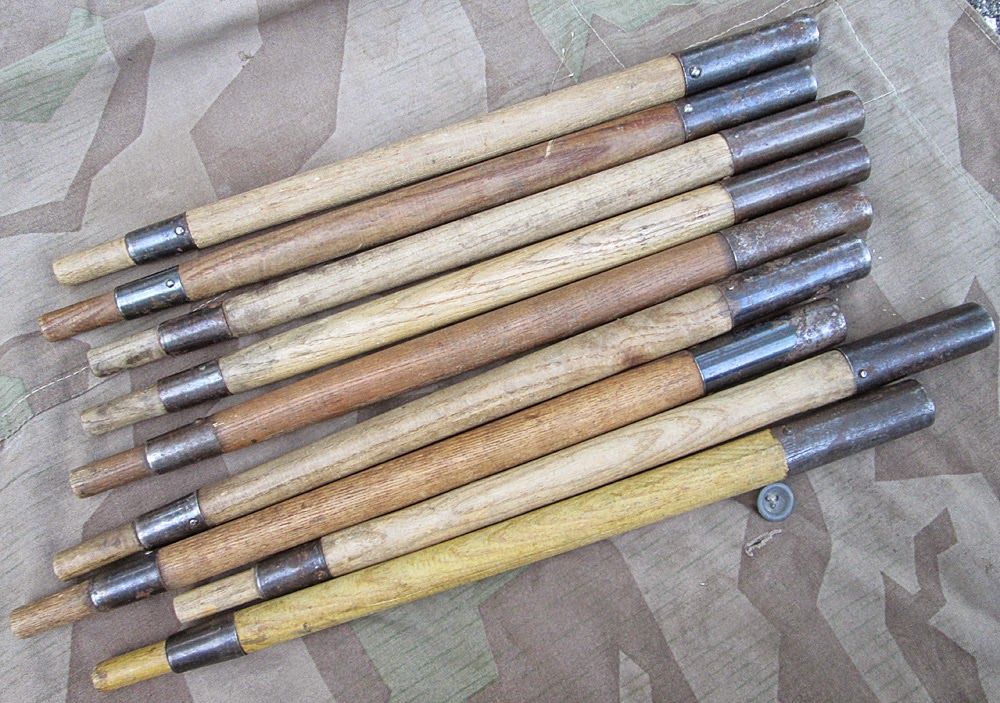 The poles are marked with various maker markings and dates. This maker used a script logo inside a triangle, these are from 1940 and 1941. 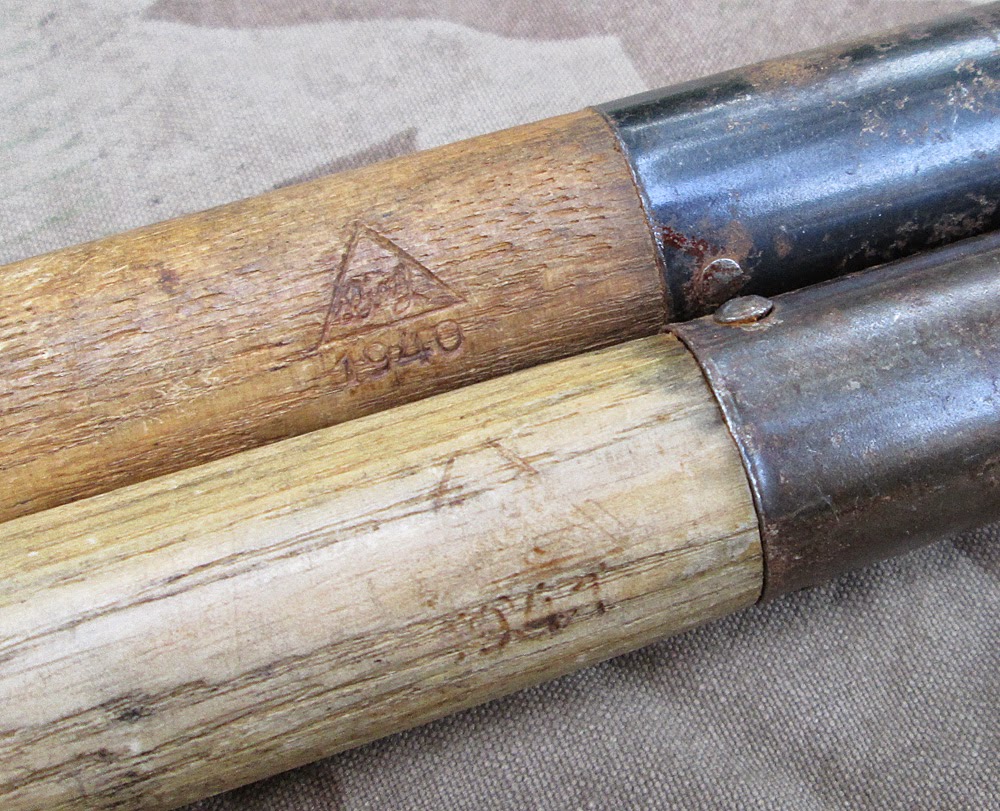 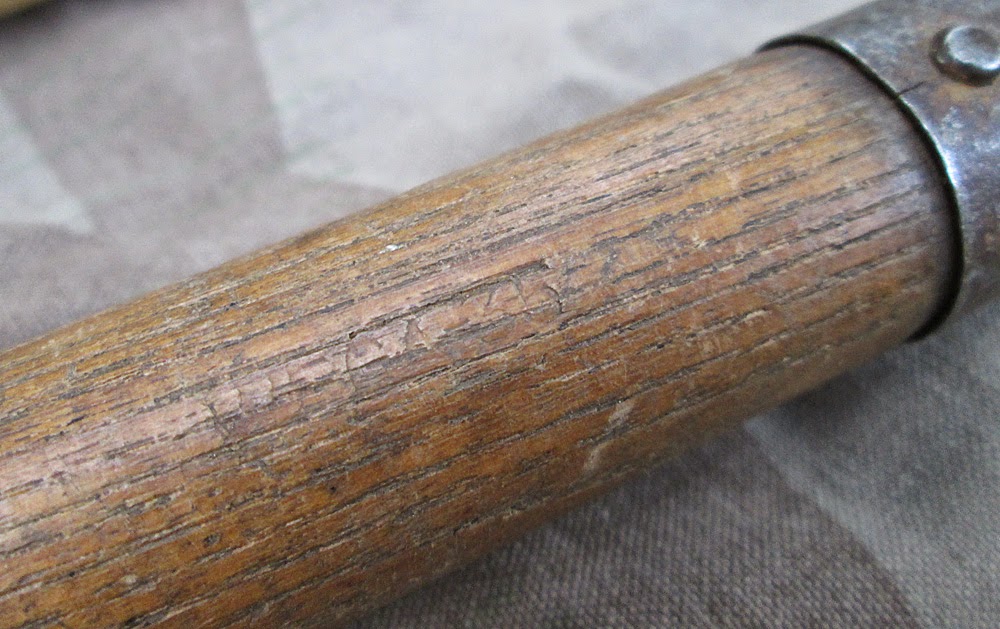 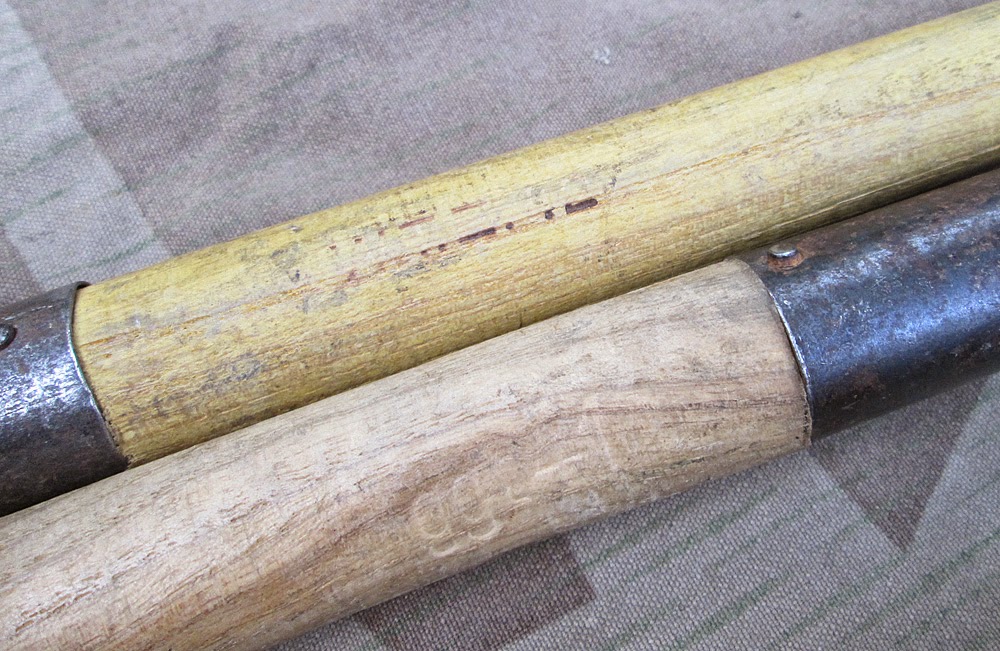 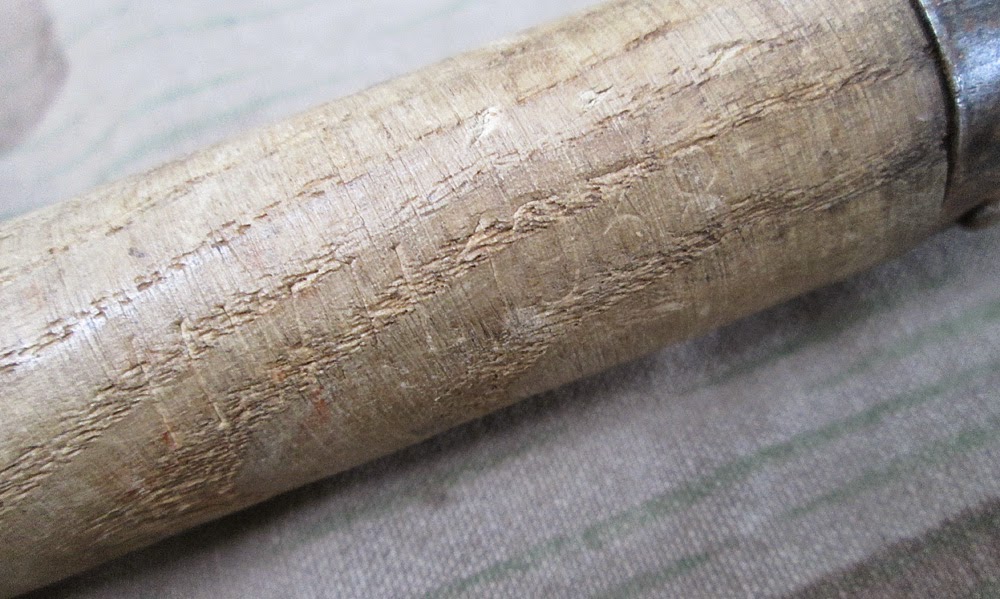 Each pole is 37 centimeters long. It takes four poles to make a tent. Four poles together measure approximately 134 centimeters long. I say approximately because there is some variation in how the poles fit together, even with these original examples. The poles in the pictures below are fit snugly together, much more of the ferrule fits into the socket in the top picture. 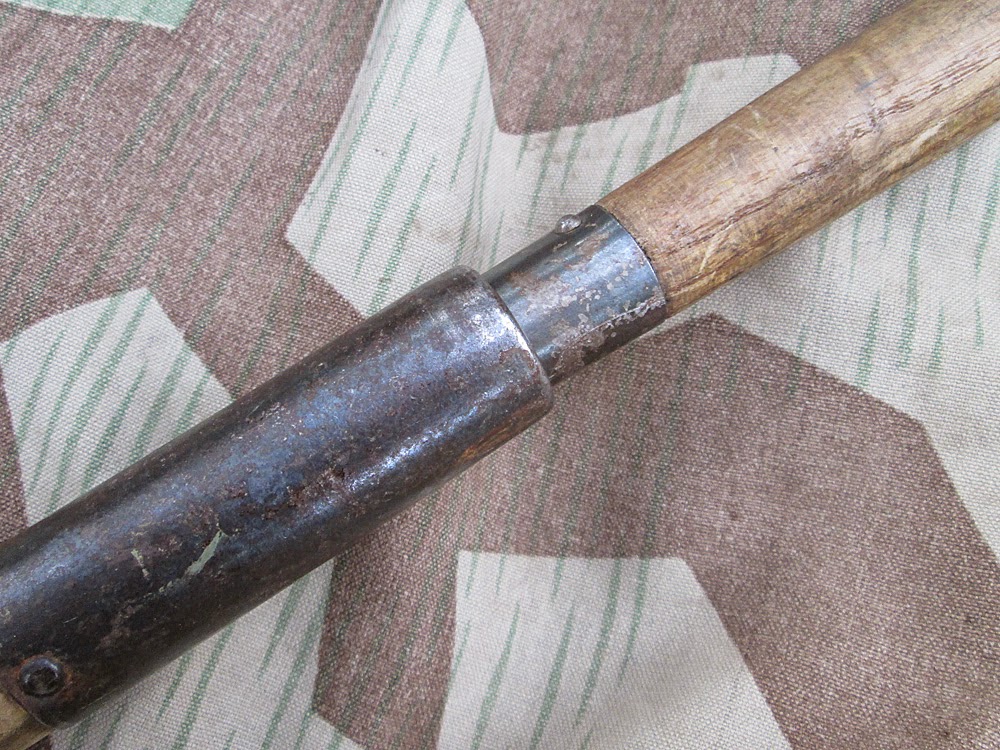 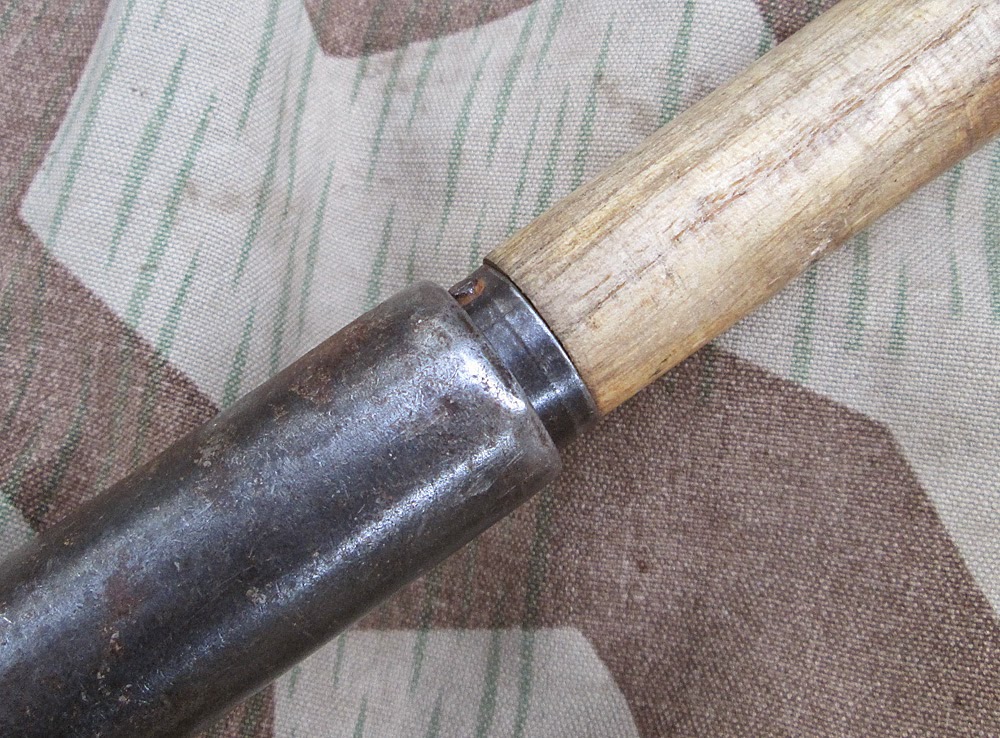 These poles were copied by other armies after the war and these post-war copies are available as surplus today. Both Norwegian and French poles can be found that look almost identical to the Wehrmacht type. Unfortunately, the length of these poles is not exactly the same as the German originals. The Norwegian poles (which are often marked “Haeren”) are slightly longer; the French poles (unmarked) slightly shorter. Here is a comparison.

In Sicherungs-Regiment 195 we avoid using original wartime items which are in most cases now fragile and no longer suitable for field use. For our tents, we construct poles consisting of 3 Norwegian poles and one French pole. When the poles are assembled, the fact that one is slightly shorter is virtually unnoticeable. The 2.5 centimeter difference in the French pole makes up for about half of the extra 6 centimeters that result from using the 3 longer poles. Considering variations in how original poles fit together, plus terrain and other variables, this difference is negligible. Here are some pictures of how an original tent looks erected with original poles. 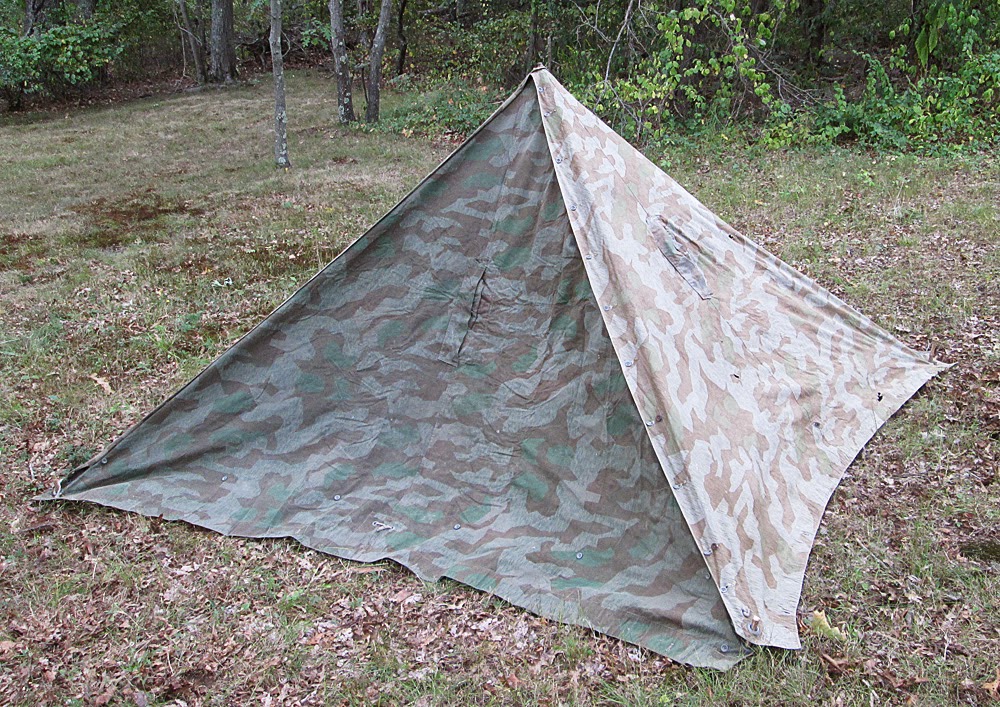 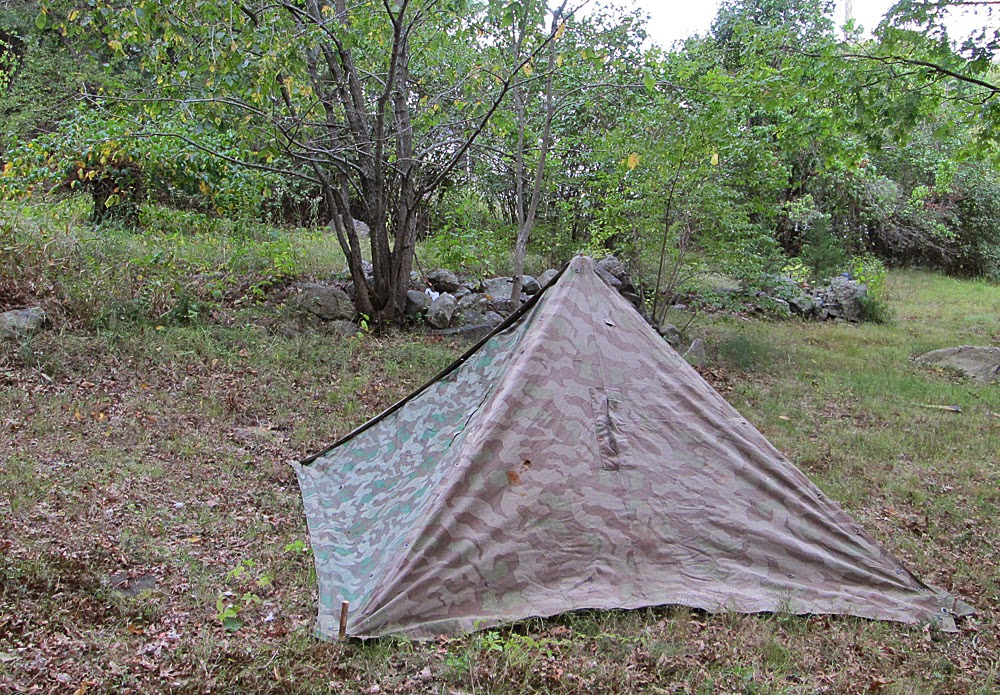 In the reality of WWII, the Zeltstock 01 was not always used. Sometimes the soldiers would simply cut a sturdy branch to the correct length.