Skip to content
Several years ago at the annual Battle of the Bulge reenactment at Fort Indiantown Gap, Pennsylvania, I was perusing the wares in the SM Wholesale vendor building. They had a pile of Luftwaffe Fliegerblusen, well-made with quality materials, but obviously new-made reproduction items for reenacting. Next to this pile was a single very different-looking jacket, made of a different-looking wool, showing wear and use. I collect original uniforms and immediately recognized the typical appearance of a worn original garment, I surmised that this was the original that the vendor had used to pattern his copies and that he was showing it off for comparative purposes. I approached the vendor and asked him if he would be willing to sell that jacket and was shocked when he told me that it was one of his copies, no different from any of the others on the table, only cleverly aged. I was stunned, the wool fabric looked totally different, it really looked original. He was happy to talk about his tricks, he had burned all the nap off with a torch, scraped off the singed fibers, soaked it in water and then froze it solid, thawed it and repeated, and sprayed it with a fine spray of tea, among other similar tricks. It had shifted the color to a muted tone, the wool weave had a coarse appearance, and the fabric had lost all structure, it was as supple as a dishrag. As soon as I got home I started working on my own reproduction uniform and I was amazed at the transformation. Immediately I had people approaching me asking if my jacket was original. The best accolade came a year later, back in the SM Wholesale vendor building again. That same guy didn’t recognize me when I stepped through the door but he immediately approached and asked, “Hey, is that an original tunic?” I was pleased to be able to tell him that it was his formula that I had used to make my copy jacket look like the real deal. 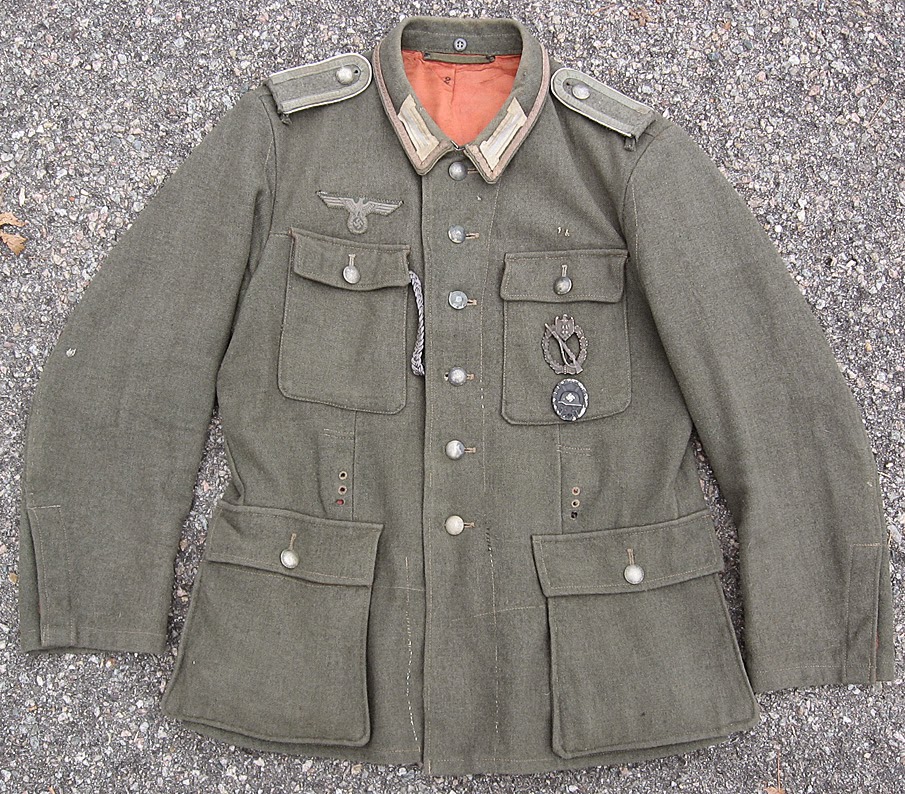 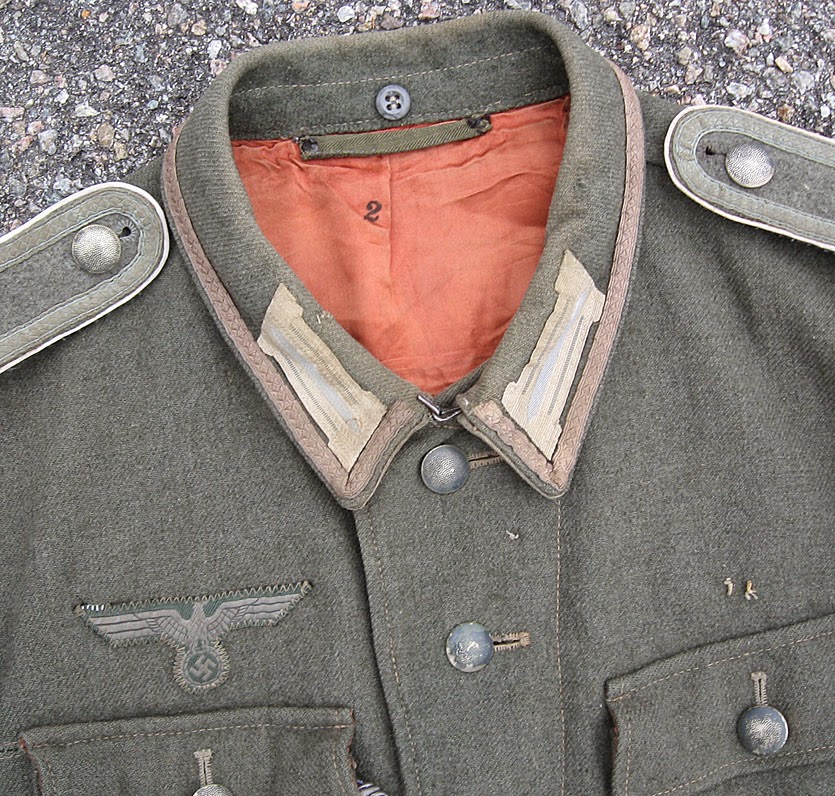 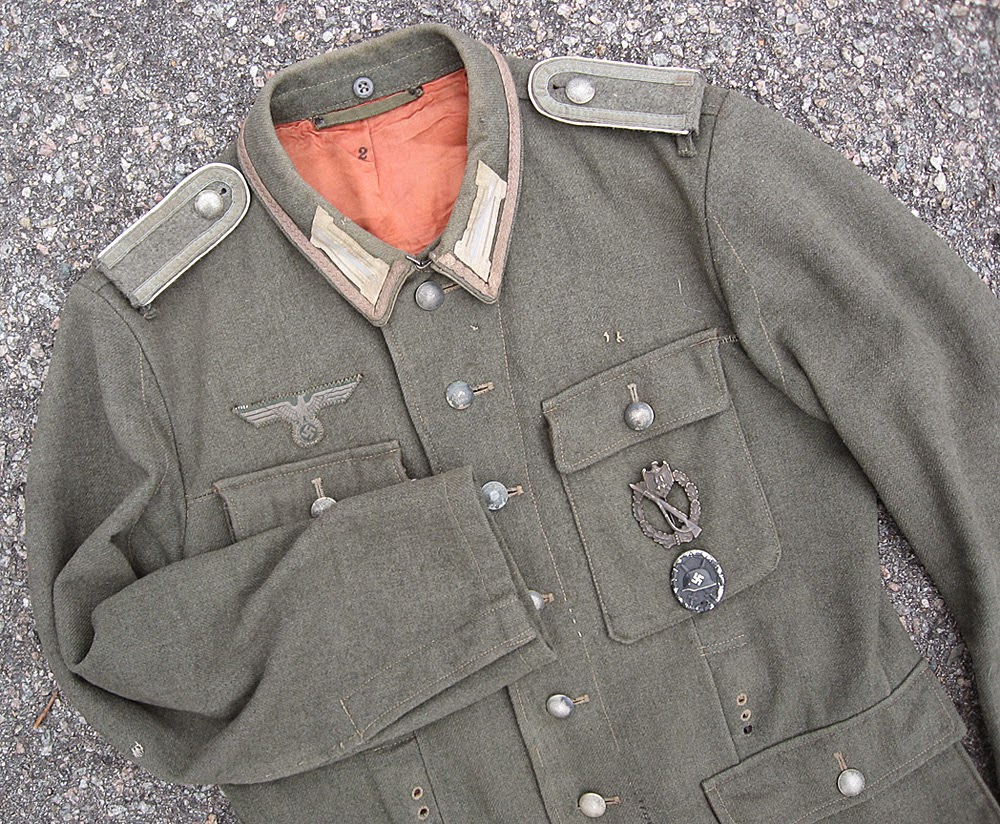 Most reenactors have only limited experience with original garments. It is possible for a reenactor to become very skilled; to amass a vast amount of knowledge about his impression, unit history and the course of the war; to interview numerous veterans; and to learn a great deal of period terminology and tactics; and yet never see the lining of an original jacket in person. To put it another way, most reenactors really cannot discern a perfect copy from something with poor details. 15 years ago, the reenacting unit I was a member of would allow reproduction uniforms from any vendor, and this was never a problem. We only had to enact strict standards about approved vendors years later when the first Chinese-made stuff first appeared- it was abysmal. Many reenactors today may never have seen what this stuff looked like when the first runs appeared being sold by Hong Kong Keith and others. Flimsy bright green shirt-weight wool/poly blends, square patch pockets, huge shapeless sleeves, plastic buttons, no details. This stuff I would judge to be barely even useable for a Halloween costume or film prop. Unfortunately there were many people buying this rubbish, probably they simply did not know better. At that time we mandated that recruits could only buy uniforms from one approved vendor. This policy was the only way we could steer people away from the ever-changing cast of characters peddling these wares on eBay and elsewhere, and it worked good, up until the approved vendor closed his doors taking many customers’ money with him. At that time we were forced to take a hard second look at the cheaper imported products sold by many vendors. What we saw was a huge improvement from the first runs of these garments. It was no longer possible for me personally to justify telling a high school student to pay more than $300 for a tunic when one for $95 was more than percent there.
If it is in your budget to pay more than $500 for a custom-made jacket, go for it. They are the best out there and there is a perceptible difference. But is it worth the extra cost? It depends on your budget and the value of a dollar to you. To me… I’m not sure it is worth it. If you can’t afford $500, don’t sweat it. Get a basic jacket that fits you and treat it rough so it gets some honest wear and use. Get it wet, get it dusty, let it bake in the sun. Take the $400 you saved and put part of it towards some German language CDs or take a course. Seeing a guy in an imported reproduction jacket does not ruin my event. I would rather be in a unit of fat old guys wearing Chinese-made stuff who understand period culture, have an appreciation for the history, speak some German, can explain the entries in their Soldbuch, and are willing to sleep on the ground, than a unit of skinny younger guys in head-to-toe high-end reproduction kit but whose only exposure to WWII is video games and who talk like modern Army dudes in the field. Get the best you can afford, but at the same time, understand that there is so much more to an impression than a uniform. And no reproduction is perfect.