2014 was the first year of our reenactment group. With the year ending, we want to reflect on our progress and also to share our best photos from this year of reenacting. 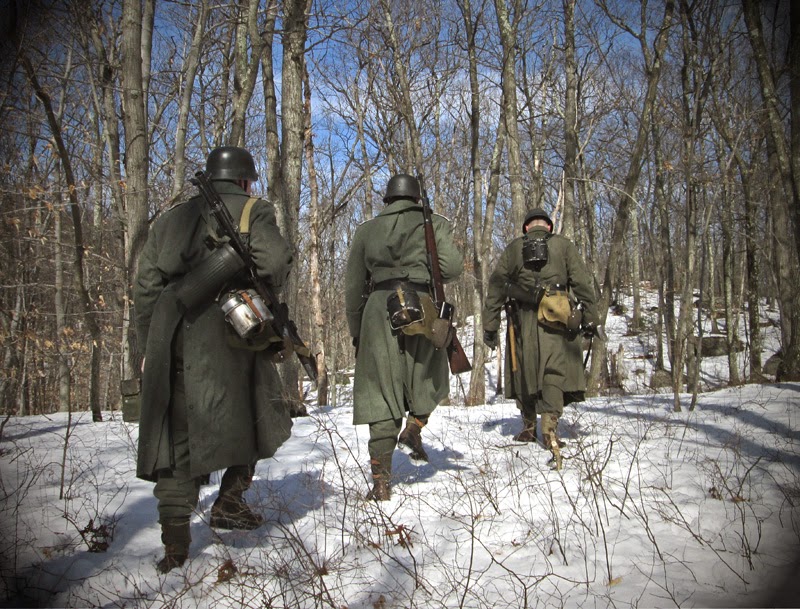 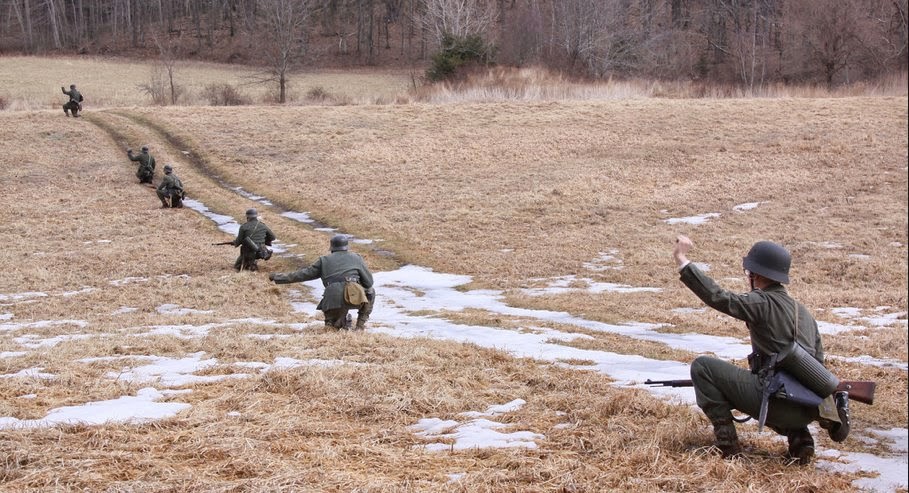 This unit was started by experienced reenactors looking to try something new. To our knowledge, there never had been a reenactment group that portrayed security troops. Dissatisfaction with the lack of authenticity inherent in mock battles led us to something more cerebral than a grown-up’s version of Cowboys and Indians. It was important to be a field-based impression; an impression with a second-line focus, less oriented toward combat, and more toward basic camp and field life. We settled on a Sicherung unit after discussing many options. At first, the learning curve was steep. We began research to forge this new impression. Initially, only a few sources yielded information. From the very start, however, the information discovered strongly validated our impression choice. We had not realized how thinly spread Sicherung units were. Sparsely-manned outposts were used to garrison vast swathes of countryside in the rear areas of the various Army groups. This historical reality meshes perfectly with our small unit model. From this, we devised a standard model of an “outpost”-based scenario for field deployment. 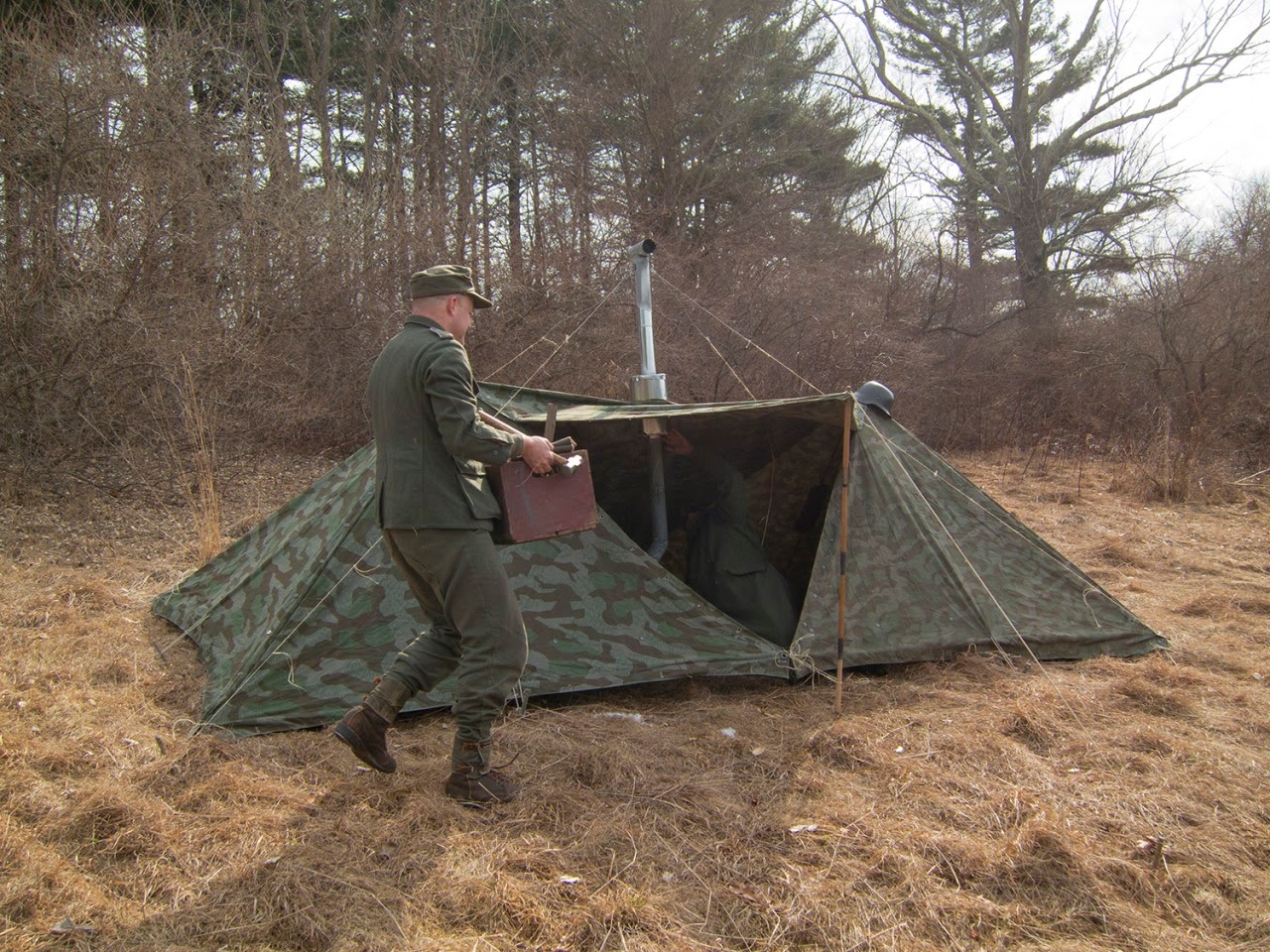 Selecting the exact unit to portray was also a challenge. We quickly identified a number of Sicherung units with interesting histories. Sicherungs-Regiment 195, however, was an obvious final choice. Elements of unit were actually deployed both in the West and in the East simultaneously. From a reenactment perspective, we were very pleased to choose a unit impression that offers such vast versatility. 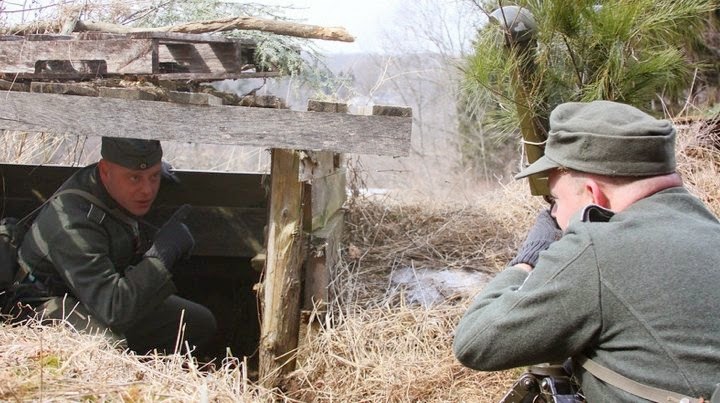 Our first event was an immersion/training scenario. More than anything else, this event served as a test of our new concept and approach to the hobby. We were the only people on the site, there was no need for an “enemy” to fight against. All of our members attended and it was a total success. We planned and prepared for the event, then deployed to a farm where we conducted patrols, searched for partisans, did some training on language and tactics, prepared rations, and cleaned our rifles. Everything went just as we hoped, and we all enjoyed some incredibly realistic experiences. The lessons learned from this event paid dividends throughout the year. 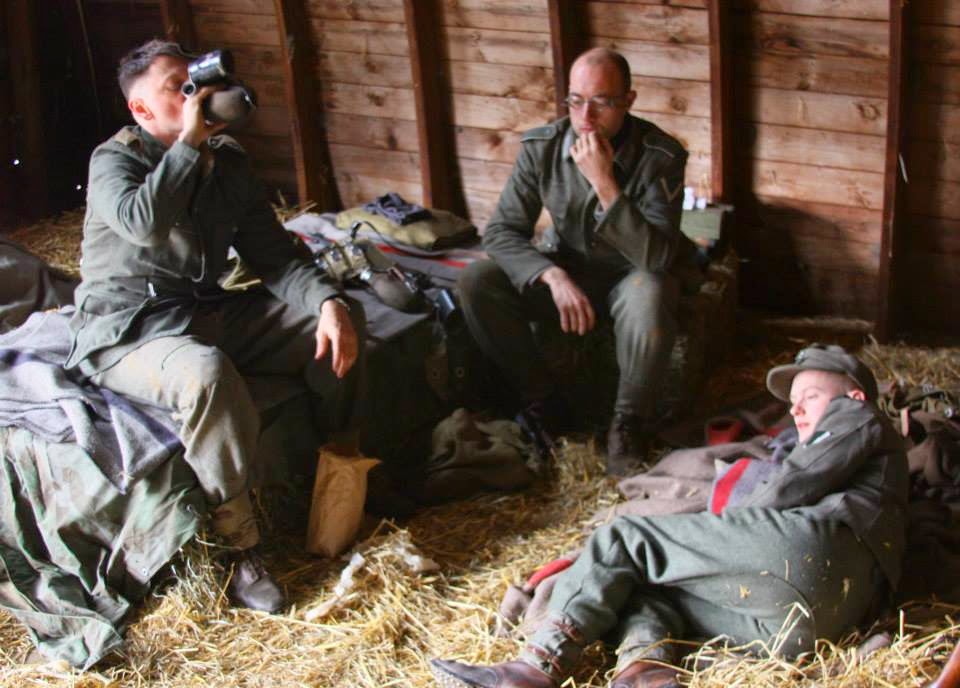 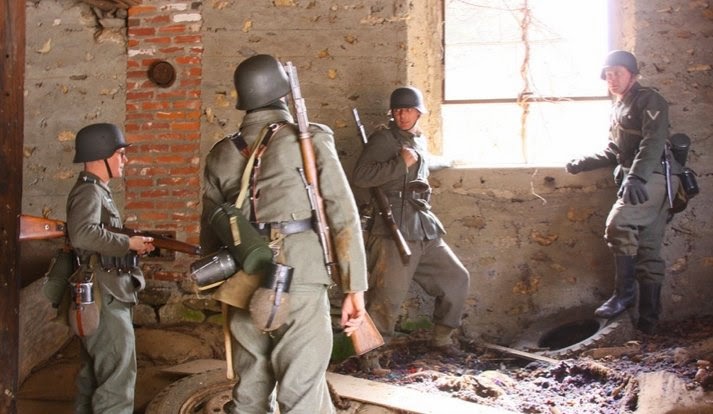 With initial training complete, we were ready to deploy to the field at a regular tactical. When the combat troops moved out, we moved into the rear to perform observation and security details. Rifle fire echoed in the distance while we guarded a road and set up observation positions. Again, the end result was an incredibly realistic-feeling experience. We had proven the value of our concept and it was very gratifying. 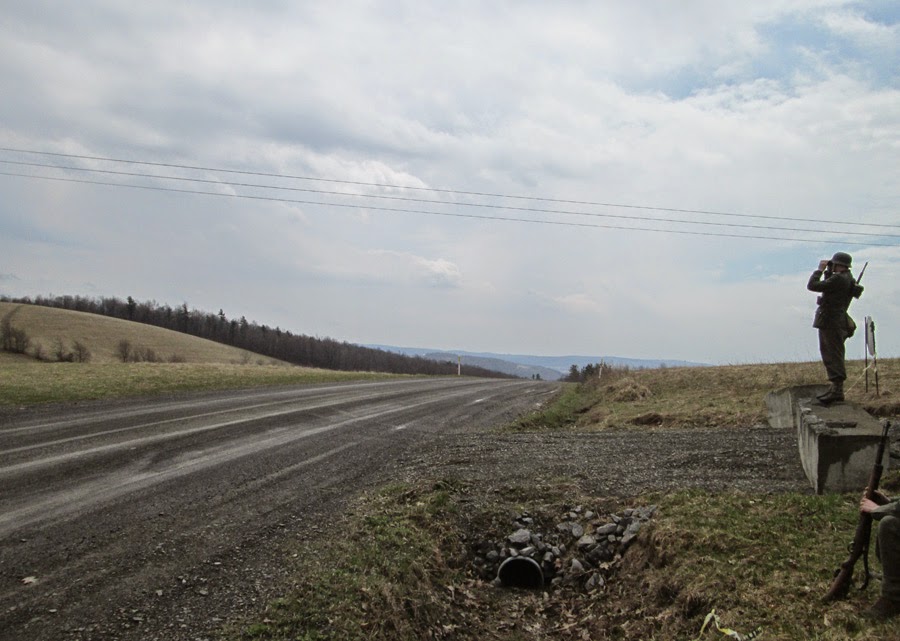 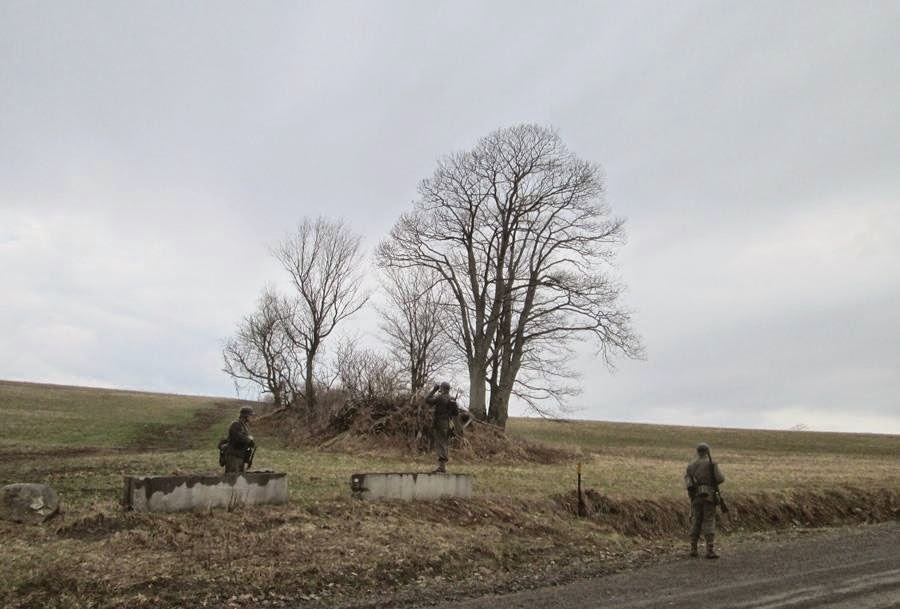 As the year wore on, we made some changes to reflect new information about the historical reality of how Sicherung troops were equipped. Many of our existing late-war uniform and equipment items were replaced with mid-war equivalents. This served to reflect the low supply priority of under-equipped rear-area troops, who were unlikely to have been issued the newest equipment. German K98 rifles were replaced, in part, with Czech VZ24s. Members also obtained a mix of paramilitary-type, and obsolete, gear as we dialed in to our new impression. 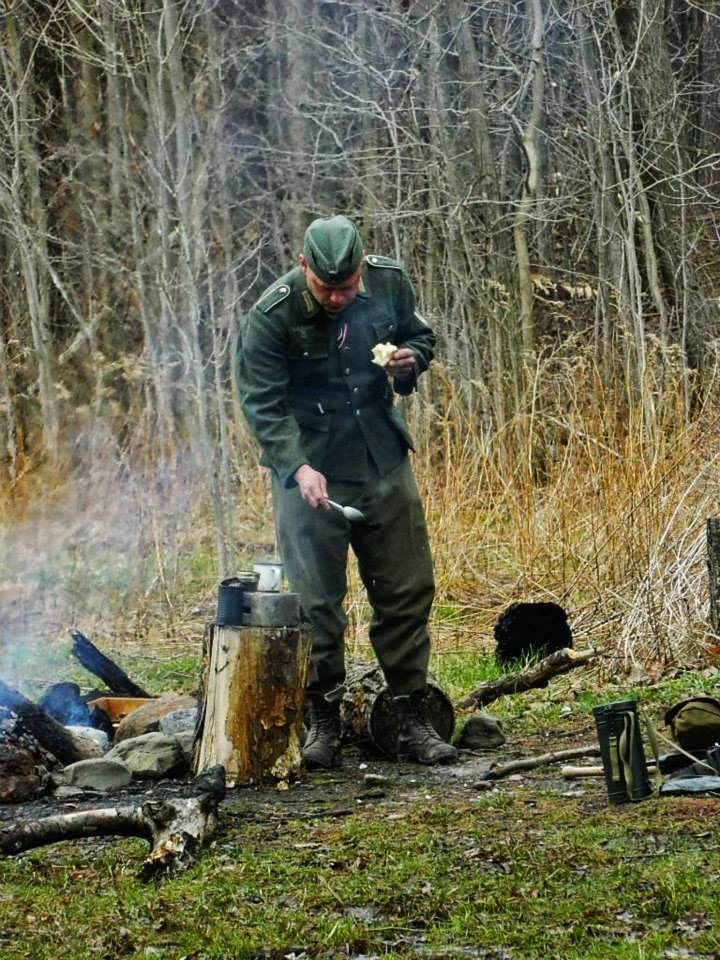 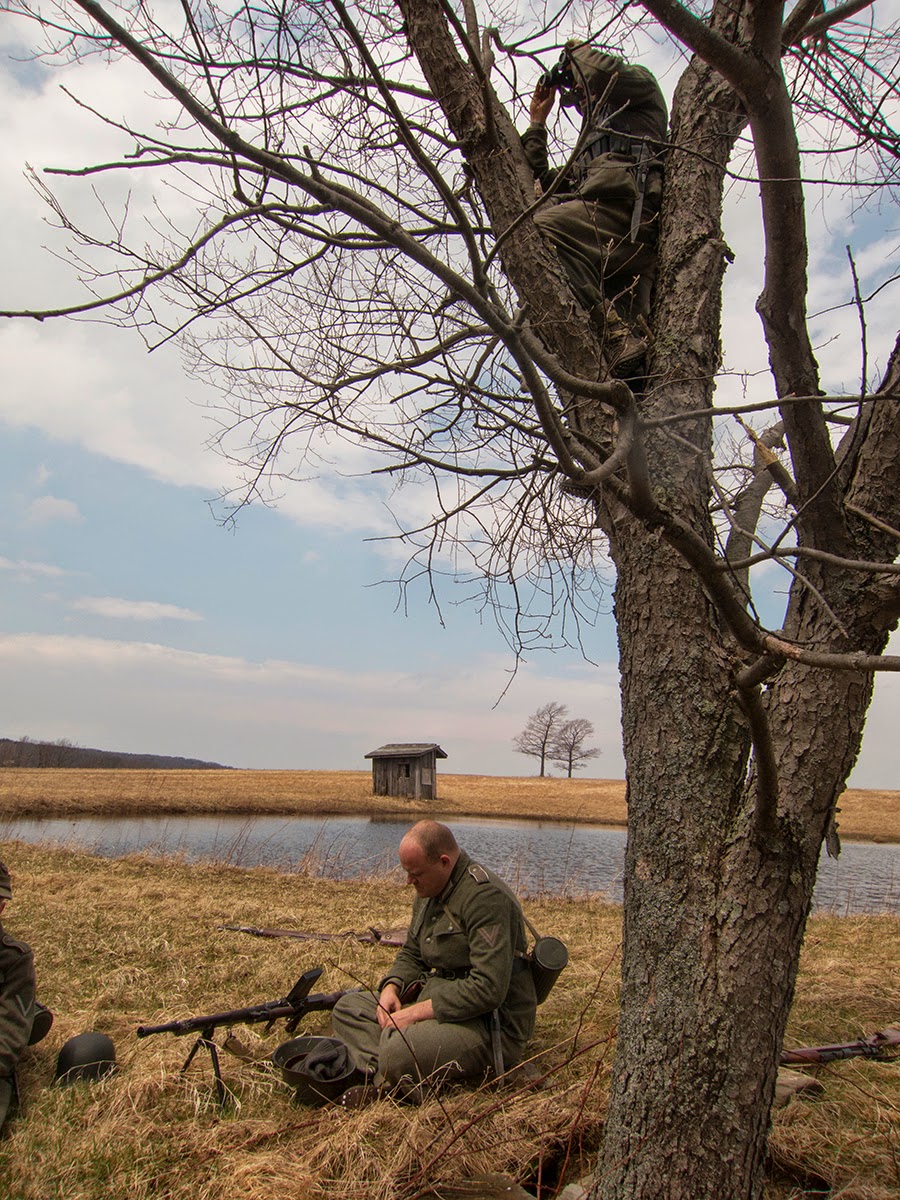 The unexpected discovery of an original Soldbuch from Sicherungs-Regiment 195 provided very encouraging validation. The soldier was issued a captured foreign rifle and bayonet. He was also issued a Tornister and a HBT uniform, both items we had decided to include in our portrayal. All of this fit perfectly with what we learned about the wide variety of weapons and equipment that these troops were issued. Further research led to some additional primary sources, which were very helpful. We now have an ever-growing body of documentation to work with, as we settle into our impression. 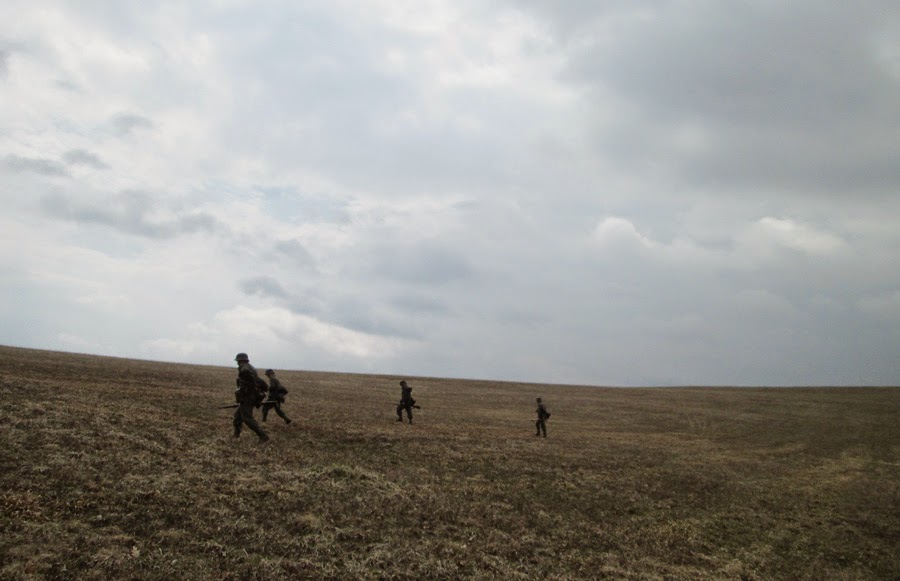 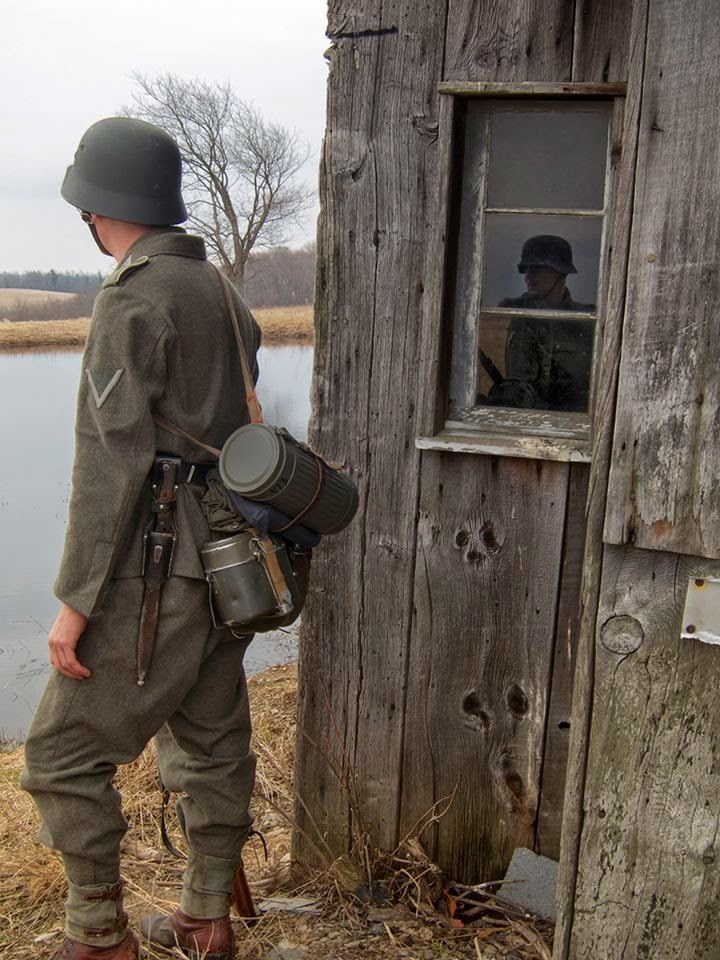 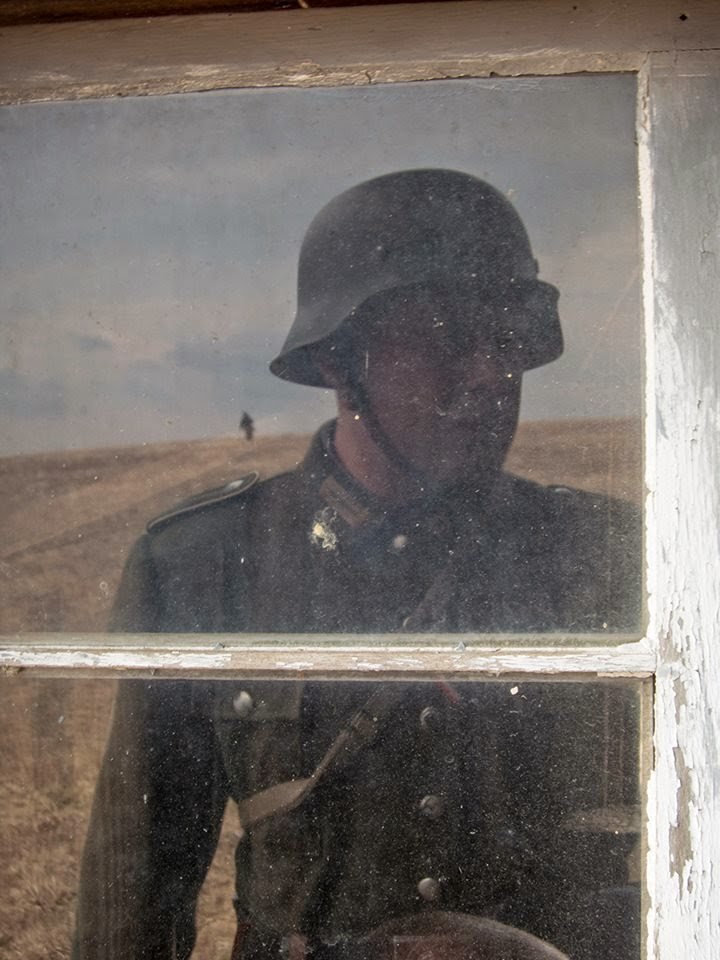 The response from others in the WWII reenactment community has been overwhelmingly positive. We have received positive feedback from all over the world. We also had the opportunity to take to the field with our like-minded friends in 3. Panzergrenadier-Division, and the Finnish JR7 unit (which debuted this year). We attended new events that none of our members had ever participated in before. In the process, we had a lot of fun, and made a some new friends. At some of 2014’s events, we were the largest attending German unit. We are proud to support local events, and especially Eastern Front scenarios. We continue to share information via this blog, Facebook, and on our web site (upgrade coming soon). 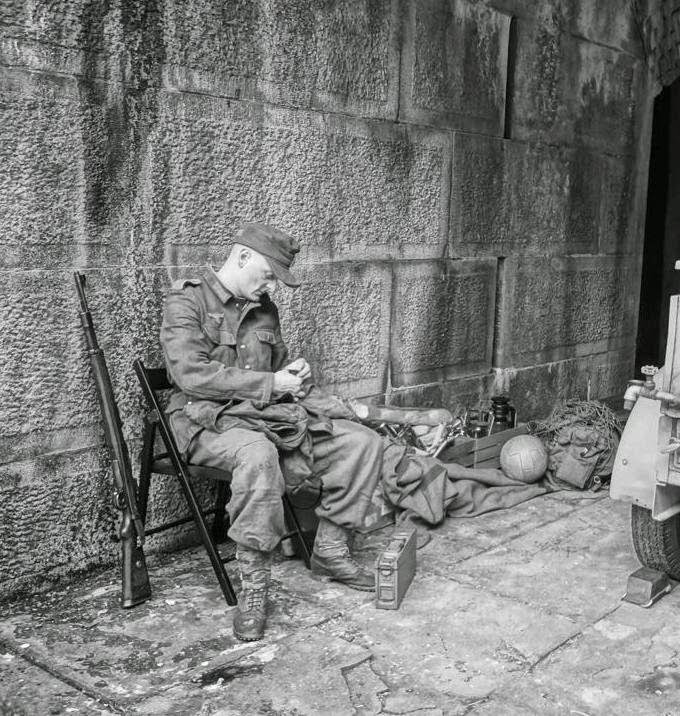 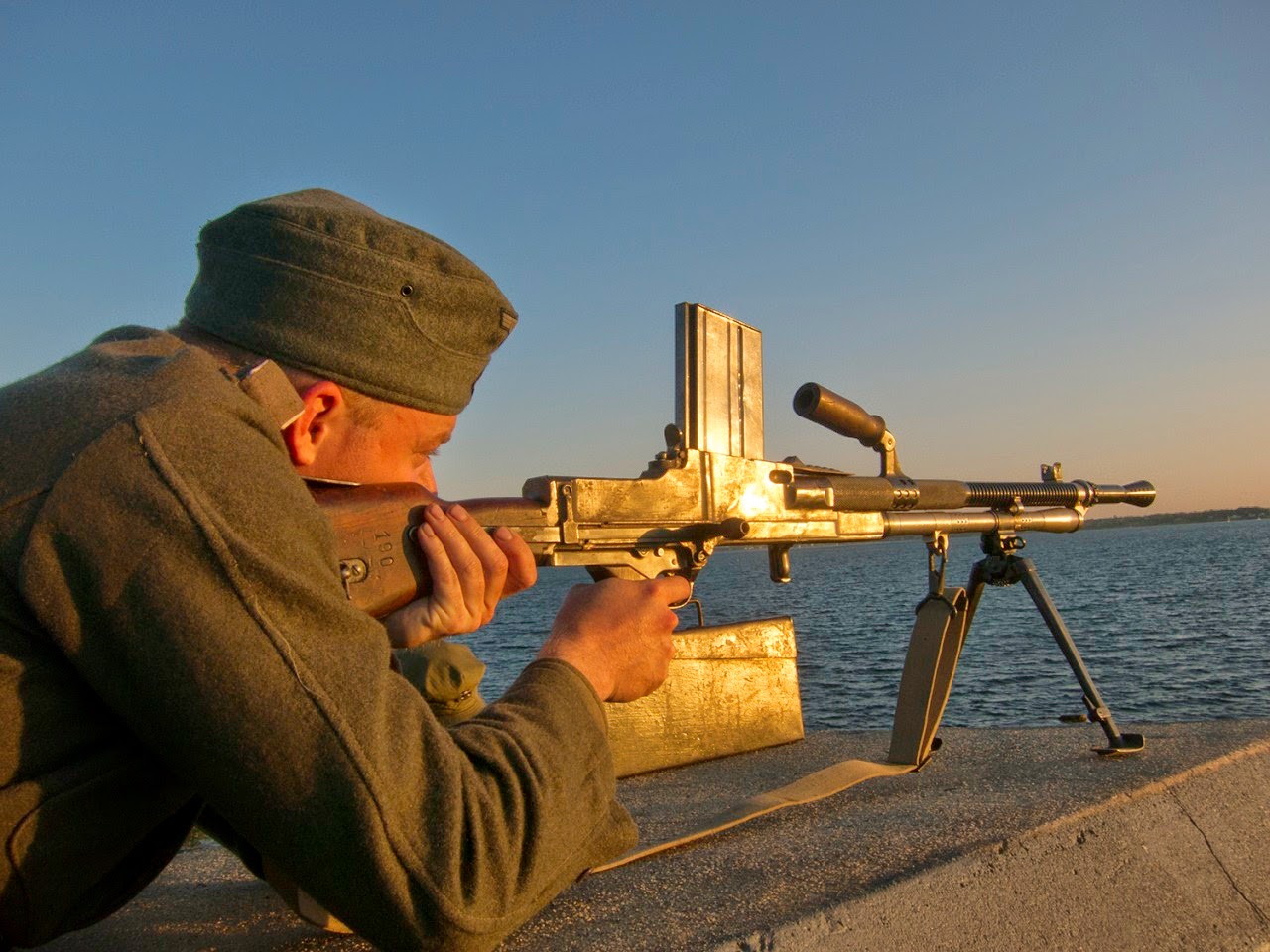 Things look bright as we head into 2015. Our year will begin in February with our annual planning meeting. We expect another busy and successful season. 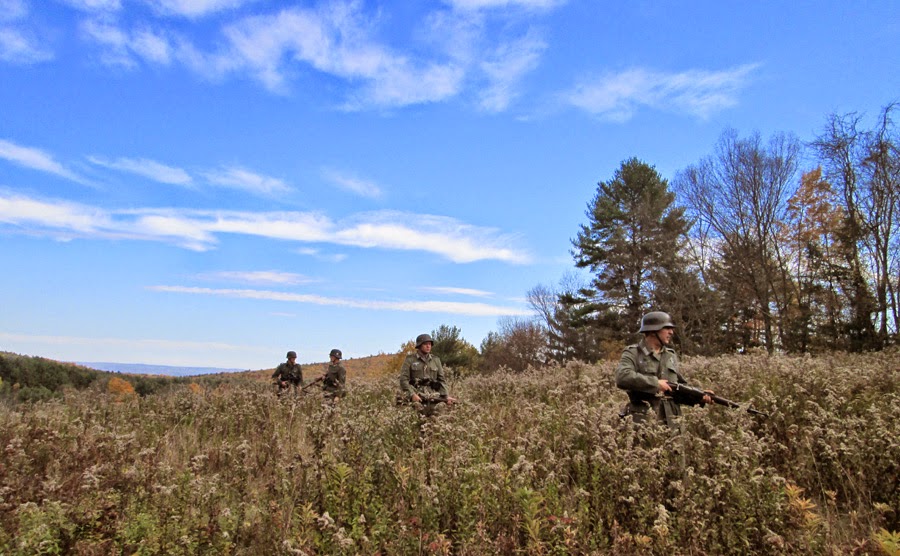 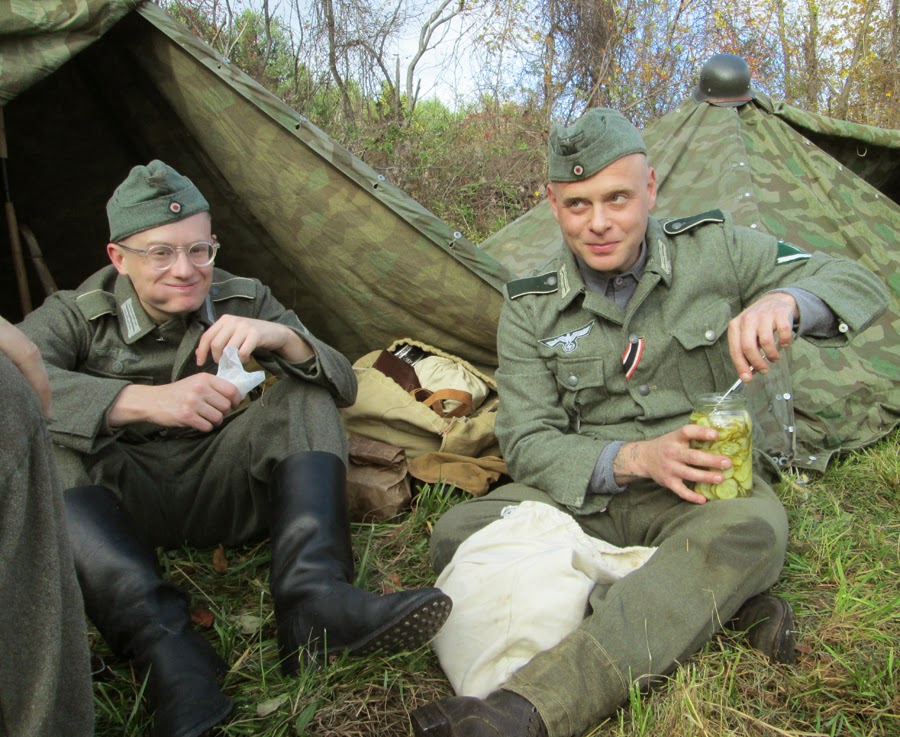 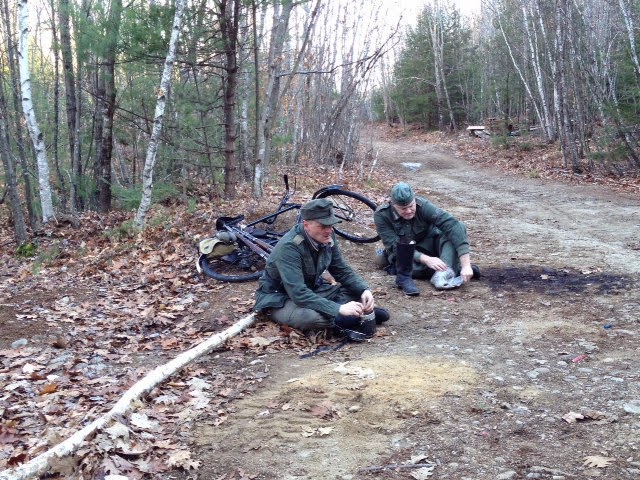 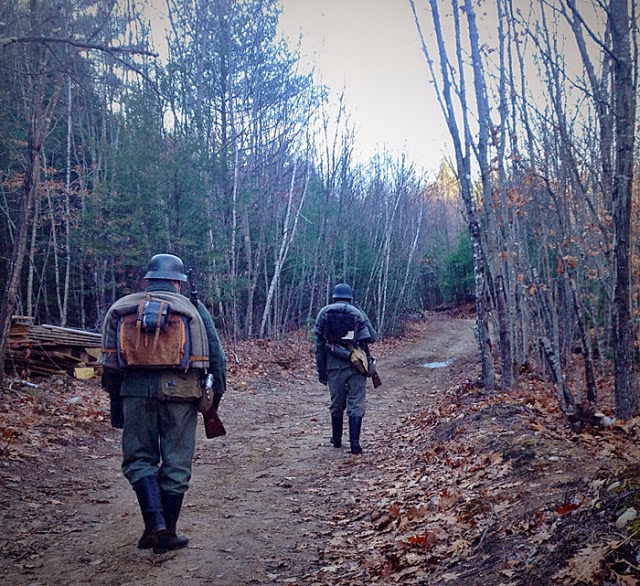