“Rear Area Security in Russia” is a publication from 1948 that was prepared by a committee of former Wehrmacht generals and general staff officers, all of whom had extensive personal experience on the Eastern Front. 70 percent of the German forces deployed to enemy territory in WWII served exclusively on the Eastern Front, and in the vastness of Russia, where occupation units were widely dispersed, the role of security troops took on a great importance. Because of this, our reenactment group focuses on this theater of operations. Sources like this publication inform our portrayal in many ways, from the weapons we carry to the activities we participate in at reenactment events. This document paints a vivid picture of the difficulties faced by those overworked and under-equipped forces tasked with securing the vast army group rear areas. They were attacked at first by isolated Red Army units and later, by a partisan front that steadily gained power and control. Manpower shortages and logistical issues exacerbated a situation that constantly worsened for the securing troops. “In view of the large number of partisan bands and the vastness of the partisan-infested areas, it is not surprising that these security units fell far short of accomplishing all their tasks.” The security units in Russia manned a front of their own- a front behind the front, described here as “a theater of operations in its own right.” 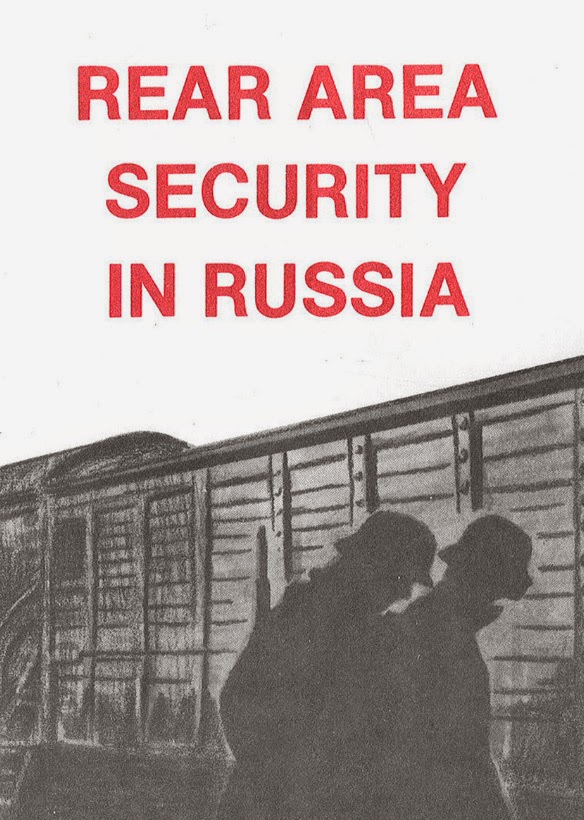