Last weekend Sicherungs-Regiment 195 participated in the annual Ostfront reenactment in Haydenville, Massachusetts. We issued 24 hours’ worth of cold rations on Friday evening and then gave out warm rations on Saturday night. For the warm rations we wanted to recreate something that might have been made in a Wehrmacht field kitchen. To fit with the Ostfront setting, we picked a dish from the cookbook “”Östliche Speisen nach deutscher Art” (Eastern Meals in German Style),  a collection of recipes collected by the Oberkommando des Heeres and intended for issue to troops serving in the occupied Eastern areas. 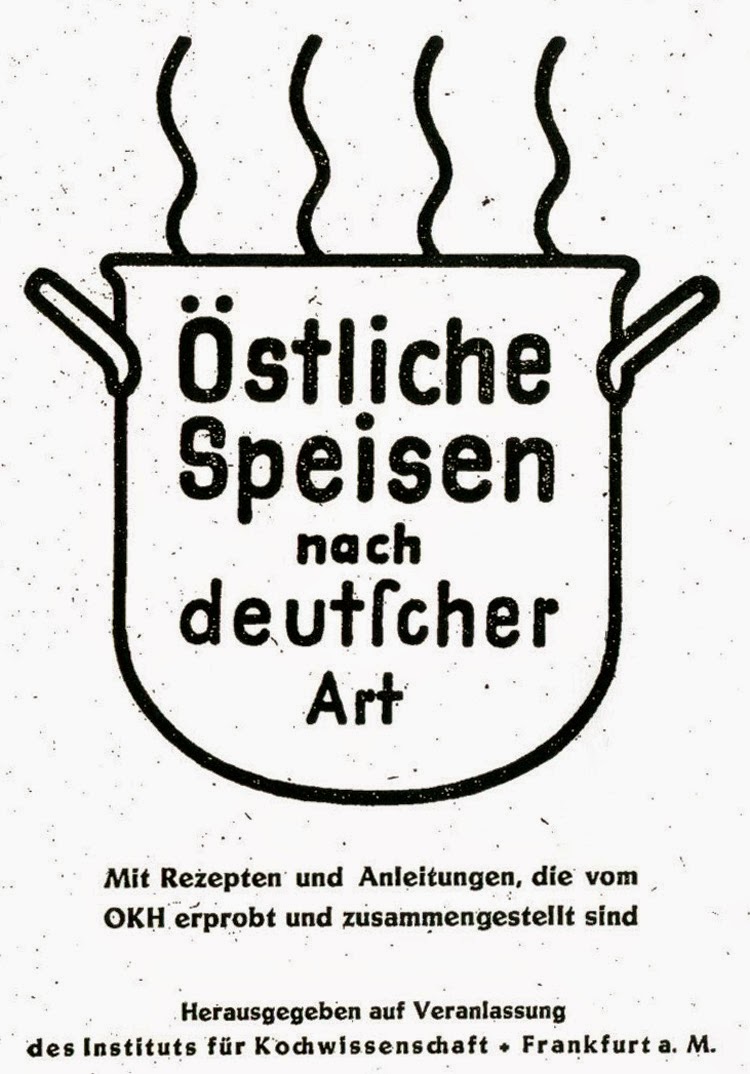 Borscht (Borschtsch in German) is a traditional soup made with beets, cabbage and potatoes that is popular in many Central and Eastern European regions. This Wehrmacht recipe is simple, hearty and delicious.

Preparation:
Boil the meat and remove it.
Peel and dice the potatoes, slice the cabbage into strips, cook them in the broth.
Roast the onions in the hot oil.
Clean, peel and dice the beets and braise them in broth.
At the end, combine the ingredients, season to taste.

In the field we have no means of refrigeration, which limits use of fresh ingredients. For the pork, we used sausage in a glass jar. We utilized canned beets and potatoes, fresh cabbage and dill. Knorr bouillon cubes seasoned the broth. 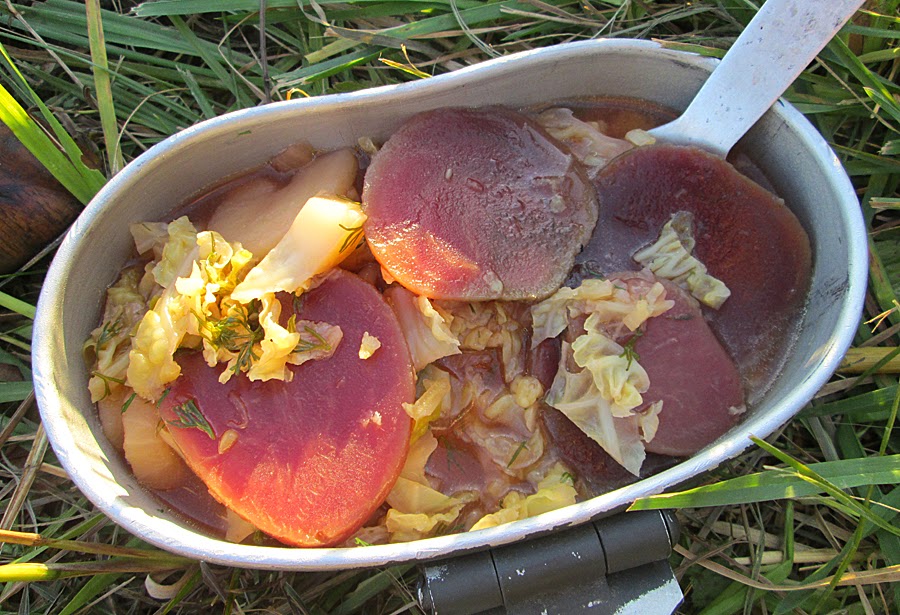